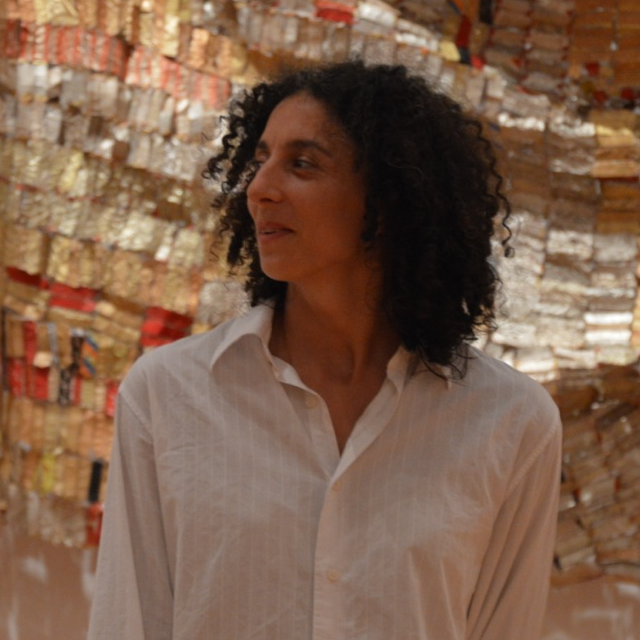 Tzveta Kassabova is a Bulgarian-born choreographer, costume designer and installation artist, named one of the '25 to watch' in 2012 by Dance Magazine. At different times she has been a gymnast, physicist, and meteorologist.

As a dancer, Tzveta has been part of Ed Tyler, Sara Pearson/Patrik Widrig and David Dorfman Dance companies, and has performed in works of Mark Haim, Nancy Bannon, Maurice Fraga, Zoltan Nagy, Joshua Bisset, Netta Yerushalmy, Bill Young and Colleen Thomas, among others. Her work as a choreographer has been presented at St. Mark’s Church (NYC), CSPAC(MD), Dance Place (DC), Kennedy Center( DC), Ririe-Woodbury Dance Company (UT), Test!0 (Croatia), NBU (Bulgaria), Judson Church (NYC), Mahaney Center for the Arts (VT), Reston Art Center (VI), Bennington College (VT), Dixon Place (NYC), Mulberry Street Theater (NYC), University of Michigan (MI), Andy (MI) among others. One of her signature works, Opposite of Killing, commissioned by Ririe-Woodbury Dance Company has been selected to be performed at a four-week tour to South Korea and Mongolia in May 2018 as part of DanceMotion USA (a dynamic cultural diplomacy program for international exchange initiative of the US Department of State’s Bureau of Education and Cultural Affairs, administered by The Brooklyn Academy of Music (BAM)).


She holds three Masters degrees. Tzveta is thrilled to be teaching at the University of Michigan. Her past academic experience include Middlebury College, University of Florida, George Washington University, and University of Maryland Baltimore County. Tzveta believes that dance is a visual art form. She has always been fascinated by the concept of space, and is constantly trying to address it, both in her choreography and design.